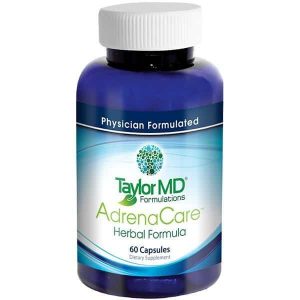 Our adaptogen blend is designed to provide support throughout the day to the adrenal glands and aids the body’s ability to adapt to stress. AdrenaCare Herbal is recommended for those experiencing mild to moderate stress and is suitable for vegetarians. AdrenaCare™ Herbal can be used in combination with™ SerenCalm, SleepEasy, and L-Theanine Rx to promote adrenal gland health and relieve stress-related symptoms*.

Adaptogens are a group of herbs and plants that help the body adapt to stress and promote health and well-being. They have been used in Traditional Chinese Medicine for centuries, and some modern research suggests they may be helpful for people with a variety of conditions, from anxiety to chronic pain. The term “adaptogen” is derived from the Latin word adaequatio, which means “adjustment.” There is growing evidence that these substances can be beneficial for overall health, including improving physical performance and reducing inflammation. Many adaptogens also have anti-inflammatory properties.

The main mechanism by which adaptogens work is by restoring homeostasis. Homeostasis is the process of maintaining internal equilibrium while adapting to environmental stresses and strains. Adaptogens help the body restore its normal balance of neurotransmitters and hormones by improving the function of the endocrine system, the immune system, and other systems.

Adaptogenic herbs  like those found in AdrenaCare Herbal supplement can help the body to adapt to stress. Adaptogens have been used for centuries to support health and well-being. Some adaptogens are also known to improve sleep quality, cognitive function, and physical performance. They can also repair and increase an individual’s energy. Adaptogens help with reducing inflammation and fatigue by raising levels of the hormone serotonin in the brain. They can help reduce anxiety or panic attacks, depression, and fatigue, improve mood, and increase energy levels.

Adaptogens are substances that have the ability to improve general health by either enhancing the body’s resistance to stress or protecting it from the harmful effects of stress. The term “adaptogen” was coined in 1947 by Russian pharmacologist N.V. Lazarev, who defined it as a substance that helps an organism adapt to environmental factors, such as temperature changes, noise, and radiation. Today, scientists believe that adaptogens work by modulating the activity of the hypothalamic-pituitary-adrenal (HPA) axis, a complex network of glands and hormones that controls the body’s response to stress. There are over twenty different species of adaptogens, though some may be more effective than others. Adaptogens can be found in many species, including plants and animals.

The active components of adaptogens are believed to be responsible for their effects, which include enhancement of the immune system, increased energy and vitality, and improved overall health. Adaptogens are also very effective in boosting the immune system. Many people use them to boost their immune systems before they get sick. While the use of adaptogens is still being studied, there is evidence that they may be beneficial in treating a variety of conditions, including chronic fatigue syndrome, anxiety, and depression. Some research shows that adaptogens improve immune function and reduce inflammatory responses in the body.

The adaptogen family of herbs includes a variety of plants, such as schizandra, ginseng, ashwagandha, and rhodiola that are found in AdrenaCare Herbal. These herbs have been used for thousands of years to treat some form of stress or fatigue. Adaptogens have been found to be beneficial for a variety of conditions. They are especially useful for people who are interested in restoring their well-being. The benefits of using adaptogens vary depending on the person, so it is important to do your research before starting to use them.

Ashwagandha is a member of the Rhodiola family and is used in Traditional Chinese Medicine as well as Ayurveda. It has a long history of use and is believed to have many benefits, including helping people with anxiety and stress. Ashwagandha is also said to have anti-aging effects. When taken as a supplement, ashwagandha can help with anxiety and stress. It is one of the most researched herbs on the planet and there are many benefits to taking it. The main benefit is that it can help with stress, including sleep issues. This herb is not just for stress, though. 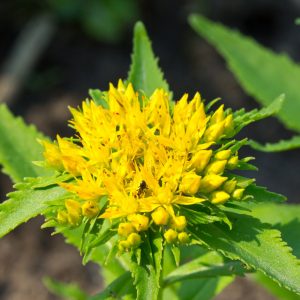 Rhodiola is a bright green-looking plant that grows in the Arctic regions of Russia, Scandinavia, northern Canada, and Alaska. It is a very potent herb that has many health benefits. Rhodiola works by improving the immune system and natural defenses, which are very important when it comes to fighting off illness. It also helps with depression, fatigue, and mental clarity.

Rhodiola is a very potent adaptogenic herb that has many health benefits. It works by improving the immune system and natural defenses, which are very important when it comes to fighting off illness. Rhodiola also helps with depression, fatigue, and mental clarity.

Schizandra is a Chinese herb that has been used for centuries as an anti-aging herb. It is a potent antioxidant and helps to support the body’s natural defenses against aging. Schizandra also helps with fatigue, energy, and concentration due to its ability to balance hormones.

Schizandra has been used for thousands of years in Asia and Europe to treat respiratory, digestive, circulatory, and immune disorders. Many people who take schizandra report a feeling of well-being. It is also used to treat liver disorders, diabetes, and high blood pressure. The herb may help reduce the risk of heart disease and cancer. Studies have shown that schizandra has anti-tumor properties. It may help prevent many types of cancer.

Ginseng, more commonly known as American Ginseng, comes from the root of the Korean plant called Eleutherococcus senticosus. Ginseng is the name of two plants grown in East Asia, and China.  The Chinese name for Ginseng is Ren shen, which means “the Divine Root”. The Korean name for Ginseng is Hang-Go-Sang, meaning “The Spirit of the Earth”. Erythrocarpus (ginseng) is a perennial that grows to about two meters and has small, roundish, green leaves. The roots are harvested from the autumn through the winter months.

Ginseng is one of the most potent adaptogenic herbs for supporting the body’s natural defenses against diabetes and cancer. Ginseng is also known to have a positive effect on the human body’s immune system. Ginseng has been shown to have a positive effect on immunological functions. Ginseng is known as a tonic herb and has been used throughout the centuries by both East and West. Ginseng was used in Chinese medicine to treat various ailments, including sexual dysfunction, insomnia, high blood pressure, and irregular menstruation. According to the National Cancer Institute, ginseng is used in traditional Chinese medicine as an herb for treating immune system problems, various sexual dysfunctions, and fatigue. The American Cancer Society states that there is no strong evidence to support the use of ginseng as a cancer treatment.

Conclusion: Are adaptogens right for you?

Adaptogens are not just a fad or trend. Many people use adaptogens to promote overall wellness and improve their health, and even those who don’t generally feel better when they take them. It is important to note that adaptogens are not always the best choice for everyone. Ideally, you should consult a naturopath or health professional who is familiar with these herbs and can help you determine if they are right for you.

*These statements have not been evaluated by the Food and Drug Administration. These products are not intended to diagnose, treat, cure or prevent any disease.

There are no reviews yet.

Only logged in customers who have purchased this product may leave a review.

These statements have not been evaluated by the Food and Drug Administration. These products are not intended to diagnose, treat, cure or prevent any disease.